The Sims 4 came out with a slow sizzle of news on September 2nd. I’ve been playing it since then on and off, and I now feel well qualified enough to tell you about the ways The Sims 4 improves on the life-sim formula, and also the places where it misses the mark. The thing about the newest entry to the franchise is that where it improves, it’s subtle, but when it fails, those problems are glaring. On that note, let’s get on with the good part, so you can then feel underwhelmed by the end of this post. 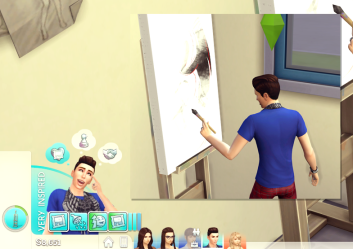 The feature that received the most press (it was practically all EA talked about) was this new, complex “emotion” system implemented in The Sims 4. And while it’s not groundbreaking or particularly revolutionary, it does deserve mention as an improvement upon how The Sims has handled moods in the past. The Sims 3 was all about “moodlets”, which were basically temporary buffs or debuffs to your sim’s mood activated by things happening in their lives. Boosting moodlets was ridiculously easy and made the game quite repetitive in the long run. Emotions, on the other hand, add a lot to the feeling of individuality in each sim. Each emotion boosts certain skills and affects work performance- art is easier when you’re “inspired”, for example, and logic is rises faster when your sim is “focused”. Emotions also affect how your sim reacts to others- try putting playful and angry sims together for a bad time. It’s a subtle change, but one that increases gameplay depth. Hopefully Maxis decides to keep adding onto the effects of emotions with future updates.

Multitasking in past Sims games has been barebones at best. In the Sims 3 your little people could barely eat and chat at the same time. Now, sims can do up to three things simultaneously so long as those things are compatible. For example, they can enjoy a TV dinner with their family, or they can chat with their gym buddy while on the treadmill. Like emotions, this is also a subtle change that goes a long way towards making The Sims 4 more realistic and more playable. My sims are always chattering, even when one is writing a book on the computer and the other is reading on the couch. For the record, sims can also go on their phones and read books on the loo, which I thought was a hilarious addition. 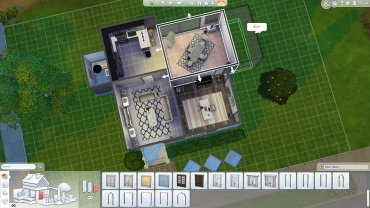 Build mode in The Sims 3 sometimes made me cringe, and quite visibly. It was impossible to save from the build screen, walls had to be demolished all the time, and if you wanted to center your house on the lot, good luck. The Sims 4 packs a very robust build mode that really needs to be experienced to be appreciated. It’s the biggest improvement to the series by bounds. Rooms and entire houses can be rotated, stretched and moved at the click of a button. Furniture is even polite enough to follow resizing measures. To me these improvements were worth the exclusion of terraforming. A nifty trick to try in build mode is to use “testingcheats on” and pressing Shift + ] to enlarge objects. With great power comes enormous roosters, fellow simmer.

The Sims series has long been about boundless freedom- but sometimes too much freedom creates the feeling of meaninglessness. The Sims 4 attempts to address that by implementing player rewards, both in the TS3 form of useful traits and by locking certain pieces of furniture for exclusive careers. Some players will find that annoying, but luckily the modding community has your back. For me it added to my enjoyment of TS4 by giving my sims and by extension me a feeling of real progress through the games. It’s very satisfying to have your sims bring home useful objects after promotions and being able to use those objects to boost their capabilities.

Endless customization! But only in 8 different colours.

This was the one thing that truly grinded my gears during The Sims 4’s development and promotion. Maxis/EA was really cagey about the inclusion of create-a-style until close to the release of the Create-a-Sim demo. Confusingly, they have the same acronym, but create-a-style will henceforth be CAS. The CAS system was the main selling point of The Sims 3, allowing the pattern and colour of everything in the game to be changed, from clothing to sofas to the kitchen sink. In comparison, the customization in TS4 feels extremely limited, not even allowing for a colour wheel. For all of their improvements to the usability of Create-a-Sim and build mode, this was a huge step back for customization. No more hot pink countertops.

That social game-looking map is one of the worlds of The Sims 4. It’s tiny, immersion-breaking and severely limited. To even reach the map mid-game requires the player to sit through a loading screen, so don’t press M accidentally. After a few hours of playing TS4 I didn’t even want to leave my house except on the rare occasions I needed to make friends to advance. The entire open-world concept of TS3 has been scrapped. Admittedly TS3’s open world had a lot of problems as well, and was a huge resource hog, but I’m not convinced these tiny, non customizable maps of land plots was the answer. There is also no story progression aside from other sims aging with your own family. Nobody will ever get married or make friends on their own. The world is not only small, it is static. 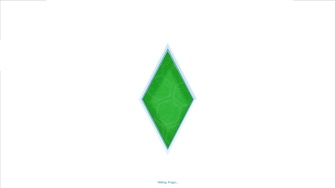 You will get so sick of this logo after about an hour of playing.

The cardinal sin of near-constant loading sins plagues The Sims 4 from the outset. Want to pull up the Map screen? Loading screen. Want to go to the park? Loading screen. Oh, but how do you check your other sim’s needs at home? Loading screen. The ridiculous thing about The Sims 4 is that you cannot view the needs of sims who are not on your lot, even though they’re clearly still being simulated in the background. You cannot check up on your other household members while they’re at work or at another lot for some reason. So that makes the constant loading back and forth even more taxing. Loading screens are killer for immersion and game enjoyment, and once again, The Sims 3 didn’t have them aside from the long one at game launch. I’d take a long startup over short, constant loading screens any day. Unfortunately, barring a rewrite of the game’s engine and a huge patch, these screens will never go away.

A poor example, but seriously this bed selection sucks.

At $60 The SIms 4 is the most expensive base game in The Sims series. And for all of my enjoyment I have gotten out of the game, it doesn’t really feel like $60 of content has been packed into the box. Clothing options are easy to wear out, and furniture selection is even worse. And what makes this harder to swallow is that EA will end up charging for every single table and t-shirt they add to the game from this point on. Just look at The Sims 3 Store for an example. Even new worlds cost upwards of $20. And seriously, look at those beds. The best bed costs 12 grand and is honestly kind of ugly and match the majority of homes. Again, lack of content really cuts down on customization options and leaves a bitter taste in the longtime simmer’s mouth. Previous iterations of The Sims weren’t exactly bursting at the base game stage, but again, it’s a value proposition. In a way this is balanced out by an extremely active modding community (#TS4 on tumblr), but a company should not rely on unpaid and uncredited volunteers to justify its pricing.

While this isn’t a fully fledged review of The Sims 4, it definitely encapsulates how I feel about this entry into the series. Whether you can live with the downs enough to buy it is up to you. For all of the flaws and omissions (pools, toddlers, the list goes on) in this game, I have still been able to enjoy it. The social aspect of the game is completely optional, but I found myself browsing the gallery every time I loaded the game up- it gave me Jennifer Lawrence sim and awesome lots- which is certainly something else to take into consideration.

When making a decision, just remember that The Sims 3 is a complete game, drowning in content and you can get all of it for less than what EA is charging you for what feels like an unfinished product. But if you do decide to get The Sims 4, just do what I do and focus on enjoying the game’s good points, you’ll still find a lot to like and see some improvements that will be hard to live without. Maybe wait for a price drop, though.

PS: I may have recreated Orphan Black’s main cast (albeit poorly). Find me on origins @Heliostatis, fellow simmers!

The Sims 4 can be purchased digitally from Origin, or boxed at your local gaming retailer (North America).