Remember what I said a couple of weeks ago in my review of ‘Never Been In Love’ about how I nerd pretty hard for pop-punk bands that rose to prominence in the mid-2000s? Well, that applies double to Fall Out Boy. They have been one of my favorite bands since I was 15 and their latest album Save Rock and Roll was tied with Janelle Monae’s The Electric Lady for my favorite album of 2013.

Of course, in the exact opposite situation of the great hiatus that had the band separated for several years, they’re barely finished with the album cycle for Save Rock and Roll when they release their latest single ‘Centuries’ with the promise of a sixth studio album to follow sometime next year. Maybe to coincide with the tenth anniversary of From Under The Cork Tree?

Let’s not speculate on that too long and talk about ‘Centuries.’ 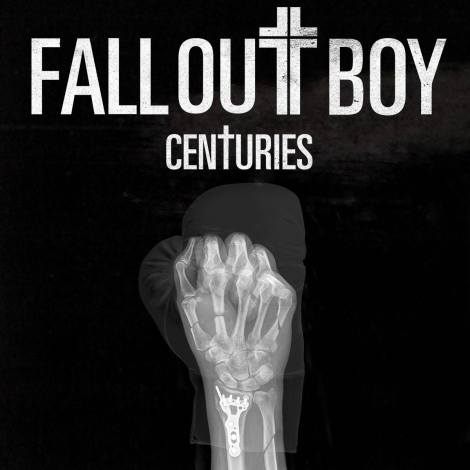 Fall Out Boy says that ‘Centuries’ is unlike anything they’ve done before and while I can see that in some aspects, I also have to laugh a little bit because it also sounds like Fall Out Boy. Specifically, the kind of Fall Out Boy that has been evolving since the critically underrated Folie a Deux and couldn’t have existed without the hiatus and help from Butch Walker. While Walker did not produce to track, ‘Centuries’ keeps in line with his loud and epic production style on Save Rock and Roll. However, there’s also a certain sheen on the track provided by track co-writer Justin Tranter of the band Semi-Precious Weapons.

Really, the best way to describe this song is Fall Out Boy attempting to replicate Queen in their own terms and nailing it on the head. The layering, the use of piano, the defiance of the lyrics, and just the way Patrick Stump swaggers on the track, it sounds like it could have been something Queen could have produced in 2014 if Freddie Mercury was still alive. Hell, Fall Out Boy would probably be collaborating on that track.

At its core though, ‘Centuries’ is a loud and visceral counter to the band’s 2009 track ‘From Now On, We Are Enemies.’ Produced for their greatest hits collection Believers Never Die, ‘From Now On, We Are Enemies’ is a tragic song that evokes images of Amadeus that claims “nobody will ever remember me.” At the time, it was a dark time for the band since even they were unsure of their own future. 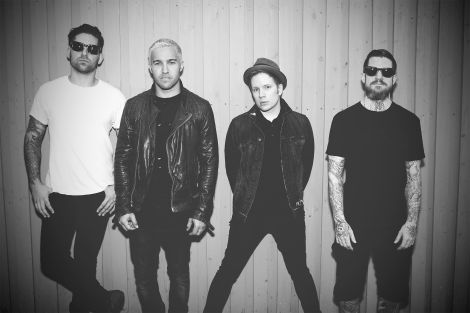 Andy, could you try just a bit harder for the promo picture? [facebook.com]

Check out the Hyperlapse video above or buy the track on iTunes. Much like Cobra Starship, there is no word yet on when the new album will release, but I would not be surprised if we got hit with them both around the same time in true Decaydance/DCD2 fashion.