Heads up, kids. If you’re not caught up on season 9 of Supernatural, be warned:

Now that’s out of the way, so we can move on.

The CW has released the promo poster for Supernatural‘s 10th season. Honestly, it is kind of underwhelming. Take a peek:

I’m rarely fan of Supernatural promo posters, as they are usually some sort of generic shot of Jared Padalecki and Jensen Ackles looking into the camera with varying levels of smolder in their eyes (add in Misha Collins and/or Mark Sheppard, depending on the season). Sure, those boys are pretty nice to look at, but for a fandom that creates so much cool and creative (and let’s face it, sometimes creepy) original work, I’ve always found it to be a bit of a shame the promo posters don’t reflect any of that creativity.  Also, is it just me, or does Jensen look taller than Jared in the season 10 poster??? I digress…

Last season, however, they did something a little different with their promo poster, which I thought was a nice change of pace. Check out the original season 9 promo poster: 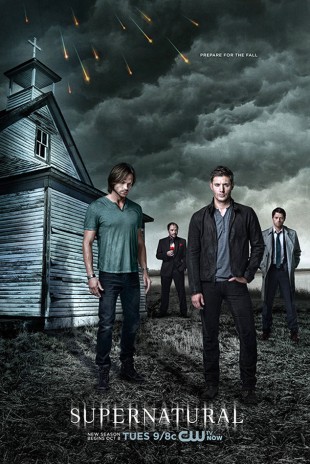 Kinda cool with the angels falling up above, but nothing too noteworthy. However, after Ezekiel (aka Gadreel) possesses Sam, the CW released this poster:

Not an earth-shattering change, but still something showing a bit of creativity, which I loved. It was a bit more than the general “sexy smolder” poster. After season 9 ended with Dean becoming a demon, I figured there would be a TON of cool options for a season 10 promo poster, but it looks like the CW folks decided to go with more of the same.

So while I understand that the CW couldn’t release a poster with Demon Dean on it, I still thought they could have done something a bit more fun with the promo poster rather than basically repeating the exact same poster as years past, adding some demon grabby-hands at the bottom and a new tagline. You guys, we are about to embark upon the season with a musical-ish episode and a karaoke-loving, demonic Dean (the CW has released photographic proof of this, which I have attached here for, you know, science). 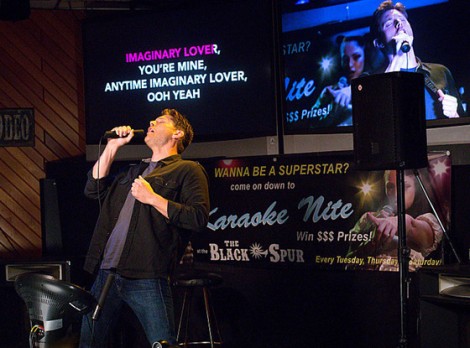 With all that exciting (and maybe a bit ridiculous) change in our show’s future, isn’t it time for us to have some amazing promo posters? I think so. Since the CW let us down, I have compiled a few of my favorite fan-made promo posters for season 10, for your consideration and the CW’s. Please enjoy: 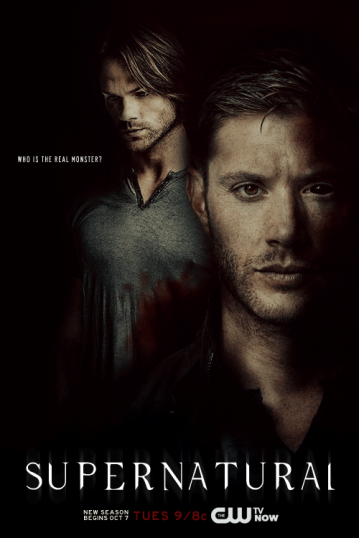 Were you disappointed by the CW’s promo poster? What would you liked to have seen? Do you have a favorite fan-made poster that I didn’t show? Sound off in the comments!