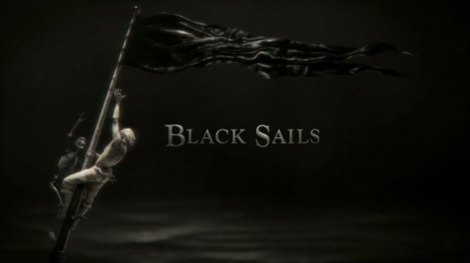 So, I’ll admit, I’ve been pretty sucked into Starz’s new show, Black Sails. But before you scoff at me, let me just preface this with the fact that I have only been waiting since Pirates of the Caribbean: Curse of the Black Pearl came out and then Assassin’s Creed: Black Flag for a stable pirate fix. Also, this is Starz.

You know, the same people who did Spartacus? Yeah, I knew what caliber I should expect. (Not that I didn’t love that show, because I really did).

Black Flag finished their fifth episode tonight, out of the eight that they will have for season one of the show. It’s already been renewed, which I am glad about. Even though I really enjoy the show, the show itself is off to a slow start. They need to do a lot of building to bring us to what I expect will be an explosive season finale.

This build up is one of the reasons critics seem to be slamming the show. A show that should move relatively fast has bogged itself down with characters that seem useless, and yet the show keeps trying to convince us otherwise. There is a semi-solid plot with Eleanor Guthrie (Hannah New) and Captain Flint (Toby Stephens). John Silver (Luke Arnold) is thrown in as a catalyst but has yet to really participate in the plot. Historical characters like Jack Rackham (Toby Shmitz), Anne Bonny (Clara Paget), and the vicious Charles Vane (Zach McGowan) seem like a subplot to Flint’s motives. And there is some heavy drama assisted by Miranda Barlow (Louise Barnes) and Max (Jessica Parker Kennedy), but they are tossed around like rag dolls.

Is that the worst thing? According to some, not really.

For starters, this is not a show for the faint of heart. In fact, if we were on tumblr right now, I’d label the show with a massive trigger warning of rape. Seriously, if you can not get near a show that gets into some pretty violent rape, don’t watch this show. There were a few scenes that had me looking away and cringing just because it felt so visceral.

However, I don’t have myself up in arms against this show because of this. They are pirates. That’s not an excuse for the behavior, it’s honestly a reality. I can abide by a boring plot in a show, but I can not abide by sugar coating and being unrealistic. I can believe that there are bisexual relationships that are openly accepted just as easily as I can believe that rape can be accepted. It’s not to say that I don’t get sick to the stomach when I think about rape, it just means that I know it’s a reality.

The graphic nature of the show is just what comes with a show about pirates. If you are appalled by that, I think you need to look a little closer at actual pirates. This show deals with rape, prostitution, murder, slavery. And yet, none of that was new for pirates in the Golden Age. Now if this was a show meant to be part of the 21st century, then I’d have a problem.

If I sound like I’m trying to defend myself for some kind of onslaught, I am.

But let’s address the problem, is the show worth watching still? 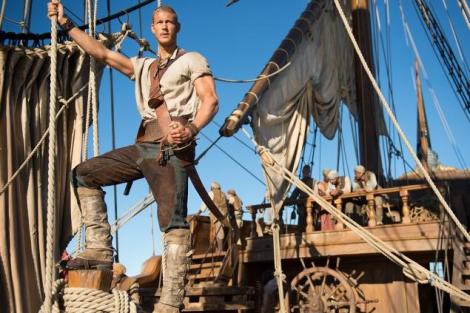 It would be if it was only for the abs.

The argument with the plot is that it is a tired story of a treasure hunt. Yes, well, they’re pirates aren’t they? Plus, when is a critic not whining about a plot when it comes to a genre fiction like this? Yes. It’s a story about pirates searching for treasure. But the slow build up we have been seeing all season, feels close to revealing some kind of grand plot that is aimed at throwing us into the climax of the Golden Age of Piracy.

What about the argument about singular characters? The directors seem to be using Kennedy’s character Max like a punching bag, Paget’s Anne Bonny seems to talk for a grand total of 20 mins in the entire show, Arnold’s John Silver seems consistently useless since the first episode, New’s Eleanor Guthrie is as selfish and rash as the people she lords over, and Stephens’ Captain Flint and McGowan’s Vane are all talk and no captaining.

So, about Max. I go back and forth between loving her character and seeing little to no use for her. We started off the season with her hatching plans and pushing plots forward, and now we are painfully watching her get raped and left on a beach? How did it all go so wrong? Don’t get me wrong, I am not of the party that thinks she should go back to the poisonous relationship that became her and Eleanor. I’d much rather see her settled with someone who was steadier and less selfish. Until the show does something useful with her and doesn’t keep making her take the punches, I would be happier without her.

Anne Bonny’s silence bothered me for about two episodes, because I was living the life of Assassin’s Creed where Bonny was a rash, young woman, and not the stony pirate that she has become. But in recent episodes, as we see Max fall deeper and deeper into despair, we see Bonny’s growth through her reactions. It’s subtle, and you’ll miss it if you look away, but I can see potential in Bonny’s relationship with Max. Not to mention her and Rackham have the best partnership in this entire show.

Now if they don’t do something with John Silver soon, I’m going to write a god damned open letter. It felt like they were making him the scrappy protagonist for a hot second, but then we moved on to broody Flint, and that’s ok. But can we either resolve his storyline or give him something to do? He suffers from the same problem I think Max has, they have run their course. Either give them a new plot or get better characters.

I thought I was ok with Eleanor Guthrie. Although she reminds me of Elizabeth Swan, which had me stabbing at my eyes, I was hopeful. She’s ambitious. She’s cheeky. She’s feminine, yet tough. But there’s something very very annoying about her. Maybe because she’s the most unexperienced person on the island, and refuses to take advice. Maybe it’s because she treats everyone around her like shit, especially romantic interests like Max and Vane. Maybe it’s because she’s so stupidly stubborn I want to smack some sense into her. Who knows. I don’t have a solution for this problem, just more complaints. 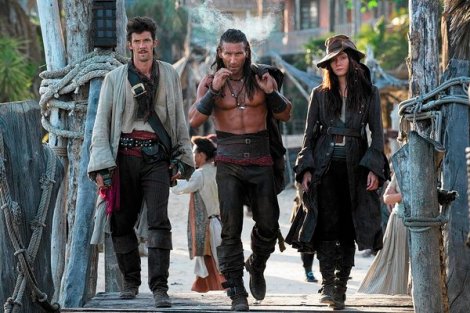 Then finally, the largest disappointments for me. Flint and Vane. All I wanted was pirate rivalry. I wanted them to fight each other, and fight even more when the crown comes in to seize Nassau. That’s what pirates do. This isn’t Pirates of the Caribbean, this is the real world and the real world rarely has people banning together in some grand gesture of crescendo and survival. They take deals, they turn on each other. But the whole show has been revolving around Eleanor instead of pirating, and I am just glad we are starting to move towards her getting her comeuppance. Flint and Vane’s crews both spend 90% of the show on land, I’m sorry but I was told this was a show about pirates?

I will hold my judgement until after the finale, but right now watch with a tentative eye. I love this show’s aesthetic, and I live for moments when what I want actually happens, but this can easily fall into the clutches of bad story telling, and that will be another story ruined.

Black Sails returns next week on Saturday for episode six.

2 responses to “Is Starz’s Black Sails Still Worth the Watch?”