I just want Nikita to have a final season that lets them end the show on a good note. There are a lot of things that still need to be wrapped up. Amanda, the creepy hand scientists, the dirty 30, oh and Sam/Owen. I would be happy with them ending the Amanda thing and revealing some more stuff about Division as a whole. It’s always sort of been in the dark, and I want it to be resolved. 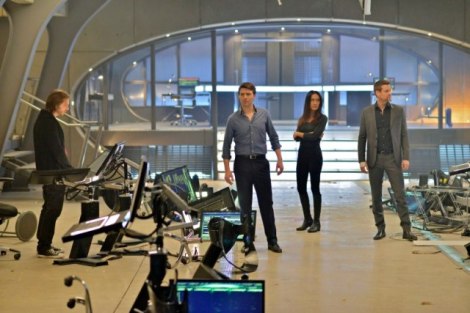 Ryan’s got a lot of catching up to do.

So Nikita starts off with Ryan waking up. Which basically recaps what has happened the past like four episodes for him. He learns everything that he’s missed, plus he’s still kind of reeling from the knowledge that Alex shot him. It’s no easy thing to tell him that everything he’s worked for and tried to rebuild has gone down in flames. The President and the government still have no idea, but that’s the least of their problems. A bunch of agents are out in the wind, which makes them vulnerable to basically everything. Not to mention that Alex has gone on the Lam.

Still living with some of the brainwashing that Amanda dealt her, Alex goes to free the local crime rings of their kidnapped women. Still riddled with guilt, she manages to make it into a drug house, not to relapse to but to get information. Nikita, just happens to be walking by, hears what’s going on and runs in, barely missing Alex after she’s decimated a drug house. Afraid that she’s out to self destruct, she chases Alex through the logal drug rings, and finally meets up with her at the headquarters where Alex is destroying what remains of the local prostitution ring. 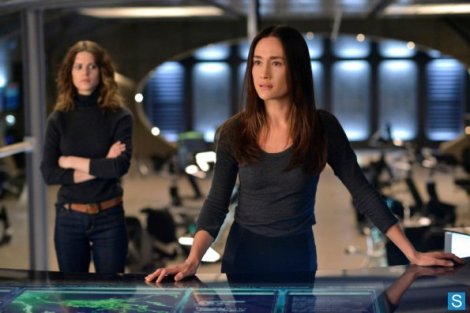 Nikita’s staying for the Amanda take down, good girl.

Nikita confronts her and basically tells her that Larissa was fake and Amanda was screwing with her mind. I’m happy that this went over pretty quickly and Alex realized her follies. No long drawn out whiny match, aka the writers answered my prayers. The girls are freed and beat up their pimp and his men to a pulp as Michael rushes in and hits the leader with his SUV and takes the girls back to Division. 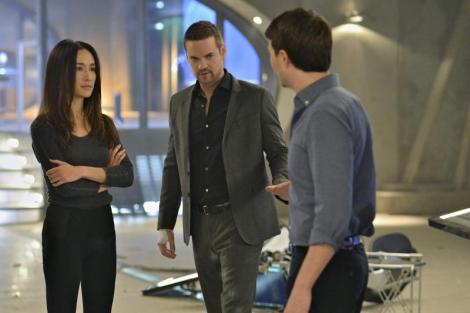 To blow up, or to not blow up? That is the question.

Meanwhile at Division, there is a dilemma. What to do now that the coup is over. Ryan and Birkhoff are ready to blow the headquarters to kingdom come and make a run for it, leaving everything behind, but Michael isn’t. Neither is Nikita. With Amanda having the Black Box and selling it to the highest bidder, she holds the fate of the field agents in her hands. Once the information in the box is revealed basically it’s going to be impossible for Michael, Nikita, or anyone in the inner group to be safe, much less the other field agents. So Nikita makes it her goal to find the Black Box before they actually blow up Division.