Monday marked one week of filming for the third season of the massively popular BBC drama, and it was not without its surprises. On March 25 Sherlock series 3 filmed out in the open for the first time, and unfortunately for the cast and crew, hordes of fans gathered to live-tweet on-set happenings. After a day of circulating rumors, BBC officially announced a new addition to the cast, one that some fans saw coming, and one that caused upset among others.

I will try to avoid as many unofficial spoilers here as I can, but beware that if you wish to remain blissfully ignorant, you may want to stop reading now. 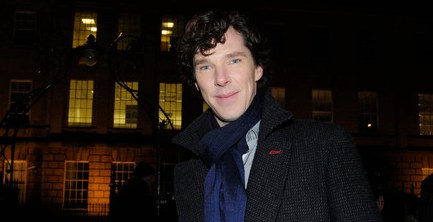 Benedict Cumberbatch on the set of Sherlock.

BBC One tweeted this morning that, as rumored, none other than English actress and Martin Freeman’s longtime partner Amanda Abbington will be joining the crew of Sherlock series 3. She is reported to be playing someone who “significantly impacts upon the lives of John and Sherlock,” and if you are familiar with the canon, it’s not difficult to deduce who her character is. But the fans’ reactions have been mixed.

Having appeared last April on the well-known Baker Street Babes podcast, Abbington is popular among fans and is supportive of the show, and will no doubt deliver a topnotch performance as Watson’s love interest. But the implications that this has for the dynamics between the detective and the doctor (and apparently Watson’s appearance), particularly following Sherlock Holmes’s three-year hiatus, are potentially critical. This new addition to the cast also suggests possibilities for the ending of series 3, which co-writer Moffat says will leave fans more distraught than after “The Reichenbach Fall.” Again, if the show’s creators continue to adhere as closely to the canon as they have done, poor Mary’s fate is already determined. 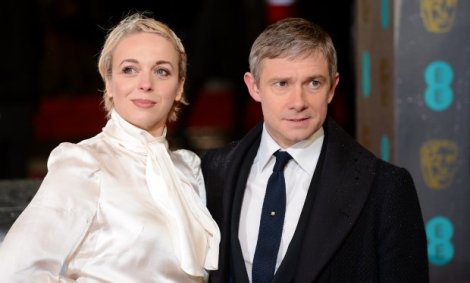 Abbington and Freeman are real life partners. The couple has two young children.

Filming has been slow-going, having been first postponed by actors’ busy schedules, and presently being interrupted by fans. On the first night of filming out in the open, Helen Rushbrook tweeted on behalf of Benedict Cumberbatch, asking fans to cooperate and give them some privacy. I don’t know about you guys, but I would much rather a memorable and long-lasting performance than a few poor quality photos of the cast. I know as well as any Sherlockian that filming can be exciting, but enthusiastic fans not only distract actors and hinder their performances, but can permanently affect the final product–something no one wants.

Filming for the first two episodes of the new season will continue over the next few weeks before the show takes a short break, returning to film the last 90-minute episode in the summer. The first episode of series 3, entitled “The Empty Hearse,” is tentatively slated for release in the UK around Christmas 2013.